Busting Myths about the FAA and Unmanned Aircraft 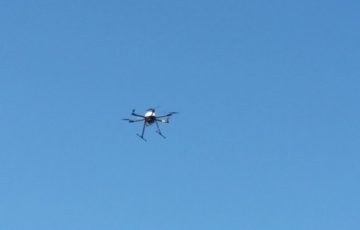 The FAA received an overwhelming response to the Unmanned Aircraft Systems (UAS) Mythbusters February 26, web item. In response to inquiries, we are providing additional information on UAS operations and the regulations that apply to those operations. Here are some common myths and the clarifying facts.

Myth #1: Unmanned aircraft are not aircraft.

Myth #2: Unmanned aircraft are not subject to FAA regulation.

Fact—The FAA is responsible for air safety from the ground up. Under 49 U.S.C. § 40103(b)(2), the FAA has broad authority to prescribe regulations to protect individuals and property on the ground and to prevent collisions between aircraft, between aircraft and land or water vehicles, and between aircraft and airborne objects. Consistent with its authority, the FAA presently has regulations that apply to the operation of all aircraft, whether manned or unmanned, and irrespective of the altitude at which the aircraft is operating. For example, 14 C.F.R. § 91.13 prohibits any person from operating an aircraft in a careless or reckless manner so as to endanger the life or property of another.

Myth #4: UAS flights operated for commercial or business purposes are OK if the vehicle is small and operated over private property and below 400 feet.

To date, only two UAS models (the Scan Eagle and Aerovironment’s Puma) have been certified for commercial use, and they are only authorized to fly in the Arctic. Public entities (federal, state and local governments and public universities) may apply for a Certificate of Waiver or Authorization (COA). The FAA reviews and approves UAS operations over densely-populated areas on a case-by-case basis.

Myth #5: There are too many commercial UAS operations for the FAA to stop.

Fact—The FAA has to prioritize its safety responsibilities, but the agency is monitoring UAS operations closely. Many times, the FAA learns about suspected commercial UAS operations via a complaint from the public or other businesses. The agency occasionally discovers such operations through the news media or postings on internet sites. When the FAA discovers UAS operations in violation of the FAA’s regulations, the agency has a number of enforcement tools available to address these operations, including a verbal warning, a warning letter, and legal enforcement action.

Fact—In the 2012 FAA reauthorization legislation (Public Law 112-95), Congress told the FAA to come up with a plan for “safe integration” of UAS by September 30, 2015. Safe integration will be incremental. The agency is writing regulations, which will supplement existing regulations that currently are applicable to the operation of all aircraft (both manned and unmanned), that will apply more specifically to a wide variety of UAS users. The FAA expects to publish a proposed rule for small UAS – under about 55 pounds – later this year. That proposed rule likely will include provisions for commercial operations.

Myth #7:The FAA is lagging behind other countries in approving commercial drones.

Fact– This comparison is flawed. The United States has the busiest, most complex airspace in the world, including many general aviation aircraft that we must consider when planning UAS integration, because those same airplanes and small UAS may occupy the same airspace.

Developing all the rules and standards we need is a very complex task, and we want to make sure we get it right the first time. We want to strike the right balance of requirements for UAS to help foster growth in an emerging industry with a wide range of potential uses, but also keep all airspace users and people on the ground safe.

Fact—That figure is outdated. It was an estimate in the FAA’s 2011 Aerospace Forecast. Since then, the agency has refined its prediction to focus on the area of greatest expected growth.

We believe that the civil UAS markets will evolve within the constraints of the regulatory and airspace requirements. Once enabled, commercial markets will develop and demand will be created for additional UAS and the accompanying services they can provide. Once enabled, we estimate roughly 7,500 commercial sUAS would be viable at the end of five years.