A New Revolution in Advanced Technology 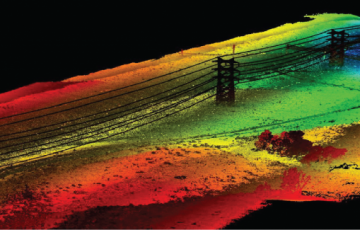 As we near the end of a decade and ponder some of the accomplishments that have been made in the teen years of the 21st Century, we can clearly see that significant strides have been made in technology. However, we also get the sense that the type of technologies being developed is changing. Where the digital revolution has made information increasingly available, the emerging breakthroughs that are likely to lead the way through the twenties are quite different. A change is afoot as they say, and the new advances are promising to dramatically improve our efficiencies in ways we have never seen before.

What is the change?

Where previous technologies were focused on providing human decision-makers with better information at a faster pace, the new technologies assign more of the decision-making authority to the machine. Automation. Technologies like robotics, quantum computing, autonomous vehicles, and artificial intelligence lead the way with promises of massive improvements in efficiency and asset management.

Take, for example, the management of our nation’s electrical system. When it was designed, our thinking was mechanical and analog. We would produce power at plants, transmit that power to sub-stations, and then distribute that power to individual customers in a local geographic area. Power plants would determine how much power to put into the system simply from experience with demand based on factors like seasonality and weather conditions. Today, in the United States, there are more than 9,200 electric generating units with more than 1 million megawatts of generating capacity pushing electricity through more than 300,000 miles of transmission lines. Over the years, demand for energy has increased as a result of a growing population and a groundswell of electrical requirements. It has become much more difficult to provide reliable electricity with the old approach. We have stretched the system beyond its capacity.

A new approach, called the smart grid, is seen as one possible answer. The electric grid is being redesigned to provide two-way connectivity between power producers and power users. Sensors stationed throughout the network will provide real-time information about the performance of components, demand load, and hazards that might create an increased risk. Additionally, power generation might be done by a local wind farm, or even by the solar panels on your neighbor’s roof. And, as your neighbor produces electricity, the solar panels will communicate with the power plant which will slow their production by an equivalent amount.

Machine learning will quickly make decisions, based on hundreds of thousands of datapoints, to direct power across the network to areas with the greatest demand and priority. The benefits to the public include more efficient transmission, quicker restoration of electricity after power disturbances, lower power costs, and better integration of renewable energy systems.

The technologies that make all this possible are being developed at a remarkable pace. For the first time in human history, we can generate data from vast numbers and types of sensors and have that information analyzed by computers, which will make decisions about how to best manage it. We are embarking on a journey in which computing power is expected to exceed the analytical capability of the human mind. It’s an exciting time in our history.

While the possibilities for progress are great, artificial intelligence does not come without detractors. For many people, the delegation of this decision-making authority to machines causes great concern. Elon Musk even suggested that it could be an existential threat to the human race. The thought of it conjures up visions of Arnold Schwarzenegger in Terminator where the machines go to war against humans. After all, if the computers exceed our analytical capability, won’t we have effectively created our own demise?

Truthfully, as with all technologies ever created, artificial intelligence is only a threat when people use it for harmful means. The technological advances are nowhere near a point where the machines will have consciousness. Instead, they will continue to do what human programmers tell them to do. If an individual creates a virus that damages your computer, you don’t go back to living without a computer. Instead, you buy an anti-virus system to make it harder for it to happen again in the future. The dark side is not with the technology, it is with the people who use it wrongly.

Personally, I remain optimistic about the benefits of the coming technology. The risk is not generated by the change. Instead, the risk is much greater if we were to try and stay where we are at. Aging infrastructure will give way eventually and we wouldn’t have a workforce that is sufficient in size or capability to maintain it. The cost of living would rise, and the United States would become far less competitive in the global economy. It would be foolish to try and craft an amazing future for ourselves from systems that were designed in the industrial revolution. Life will be different in the next decade. It always is. The unanswered question is whether it will be better. Together, we should consider how we can make it so.

Jeff Cozart is the CEO of Juniper Unmanned, a company that provides sensing and analytics solutions for commercial enterprises in the energy industry including electric utilities. The company has been a leader in the survey and inspection applications from drones. Jeff also teaches, and conducts research in the Civil Engineering department at the University of Colorado at Denver.