Create a PLS-stamped topographic survey of a 70-acre property.

"A traditional field survey simply could not deliver the feature and terrain detail that a UAS can capture…and a UAS- based LiDAR sensor can do it in a fraction of the time." Brian Soliday, Juniper Unmanned VP of Sales & Marketing

The owner of a hunting club near Greeley, CO needed to have an official survey of its property completed and stamped by a Professional Land Surveyor (PLS). Specifically, the client wanted a high-quality orthomosaic and bare-earth contour map of the site. The property was centered on a riparian zone with numerous creeks and tributaries, creating a terrain with constant elevation changes. Topographic detail and accuracy were the primary project requirements to meet the client’s needs.

The deliverables could not feasibly have been created through traditional field survey techniques with a surveyor capturing GPS points on a predetermined grid. Even at a standard point spacing of 50 feet, the field work would have taken months, been extremely expensive, and delivered a terrain elevation product with significant interpolation between points. In addition, a field-level survey could not capture the surface feature information that is only possible from an airborne imaging sensor. 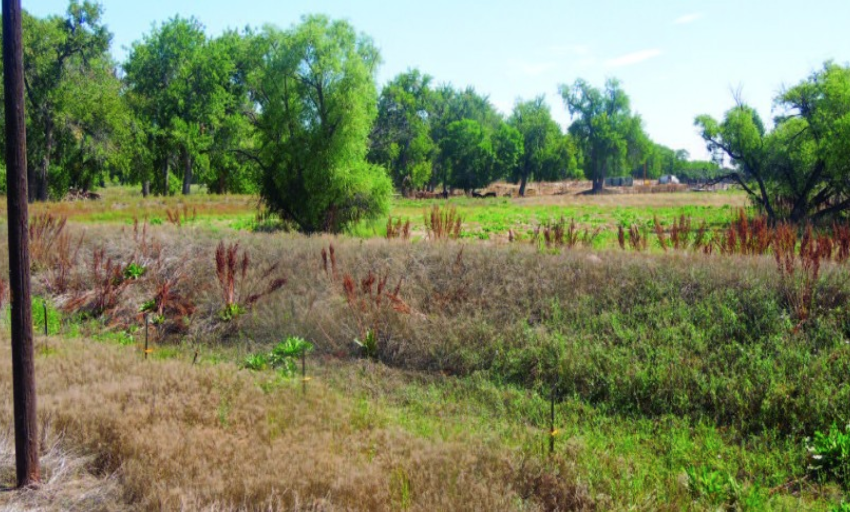 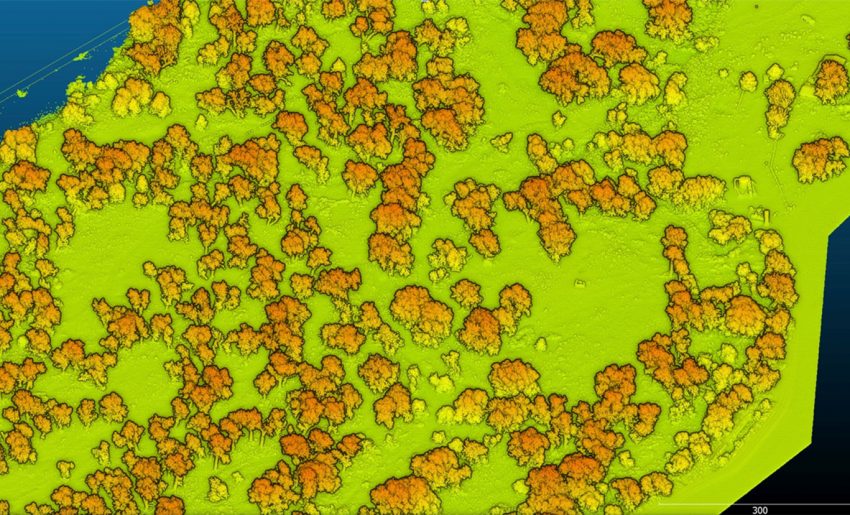 Juniper Unmanned accepted the challenge of creating a PLS-stamped survey of the hunting club.

The Juniper solution focused on capturing the elevation contour data and orthoimagery with UAS-based LiDAR and optical imaging flights, respectively. Juniper subcontracted to Diamondback Engineering & Surveying to support the project by acquiring GPS ground control data and performing an official boundary survey of the site during drone operations.

For the one-day project, Juniper selected the DJI Matrice 600 Pro (M600), an extremely reliable and stable hex-copter drone, as the acquisition platform. Two M600s were flown, one equipped with the YellowScan Surveyor LiDAR sensor and the other carrying the DJI X5R optical RGB (Red-Green-Blue) sensor. The Juniper flight team had extensive experience operating both devices in previous commercial UAS projects.

The LiDAR and optical data were collected on separate flights, while GPS base station data was acquired on the ground. Back at its Golden, Colorado headquarters, Juniper used the base station points to perform post-process kinematic (PPK) correction of the onboard GNSS and inertial measurement unit (IMU) location data. Juniper processed the optical image data with the corrected GPS points to generate a highly accurate orthomosaic of the hunt club property. 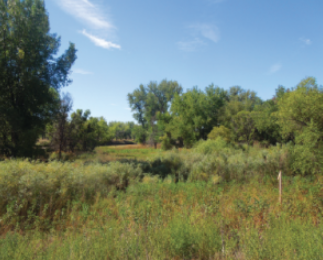 Ground based photo showing the significant vegetation on the property. 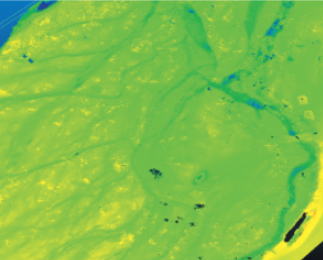 Juniper delivered two products to Diamondback for assessment and PLS approval – high-resolution orthomosaic and bare-earth contours. The survey firm compared elevation values from these two data sets against the GPS ground control points collected during its boundary survey. The final vertical accuracy of the orthoimagery and LiDAR point cloud was 0.221 U.S. Survey Feet (RMSEz). The point spacing of the point cloud was a remarkable 0.18 U.S. Survey Feet.

Diamondback gave the orthomosaic and contour maps its official PLS stamp and combined them with its GPS boundary survey of the club for final delivery as a PDF to the hunt club owner.