"Many UAS operators would not have flown this. We got the call because the client trusted we could safely fly the drone and capture the data they needed." Jeff Southard, Juniper Unmanned Operations Manager

Plans were in the works to make major modifications to the Millsite Dam and reservoir near Ferron, Utah. The design changes would allow the reservoir to hold a larger volume of water. The client needed an extremely accurate bare-Earth digital terrain model (DTM) of the reservoir canyon to model how the additional water would impact the surrounding environment. In addition, the client wanted an orthoimage with near-infrared data to analyze vegetation conditions in the area

The decision of how to efficiently capture DTM data of the 1000-acre dam and reservoir site at sufficient point density to comprehensively model its water carrying capacity was easy. A UAS was the only viable choice. What wasn’t easy was finding a UAS operator willing to fly in the tight confines of a canyon bordered on the three sides by vertical cliffs. 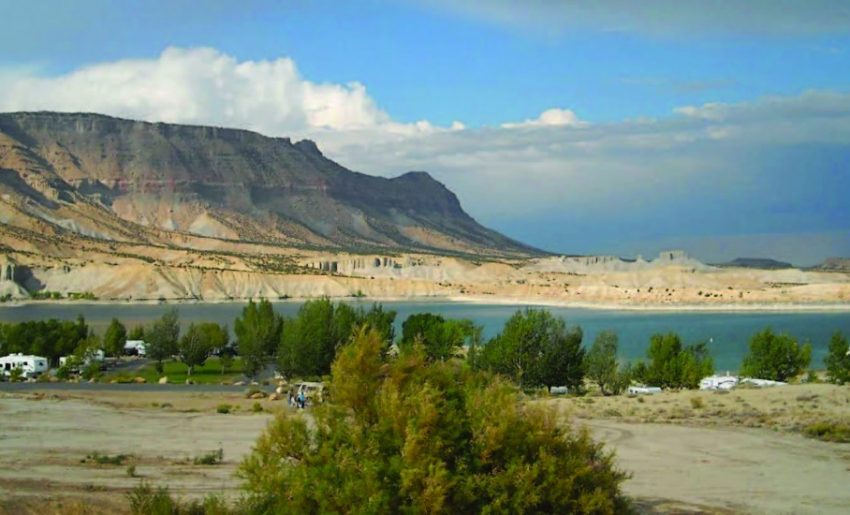 View of the Millsite Reservoir at full capacity. 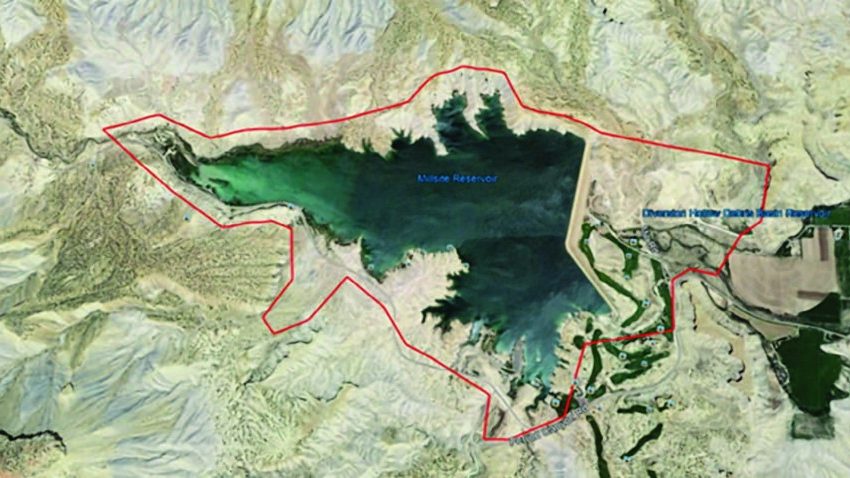 Juniper Unmanned accepted the challenge and opted to perform the data collection using a Sony A7R digital camera mounted on a Trimble UX-5 fixed-wing drone. The digital camera would first be used to acquire photogrammetricquality natural color (RGB) images of the project site. Then, a near-infrared filter would be affixed to the camera, and the entire area would be re-flown.

As is standard operating procedure, Juniper obtained existing terrain information for the Millsite Dam to precisely plan the mission. Each individual flight line was planned so the drone, traveling at 80 km/hour, could execute banked turns less than 100 meters from the canyon walls. These flight patterns, one for RGB and the other for NIR, were programmed into the Trimble flight management software.

On the day of the mission, the Juniper field team established 13 GPS ground control points (GCPs) within the project site. The flights, three RGB/three NIR, were performed flawlessly as the pilot guided the drone safely inside the canyon walls. Each flight took about 40 minutes. 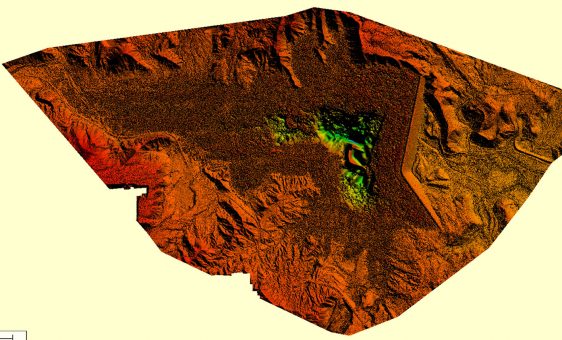 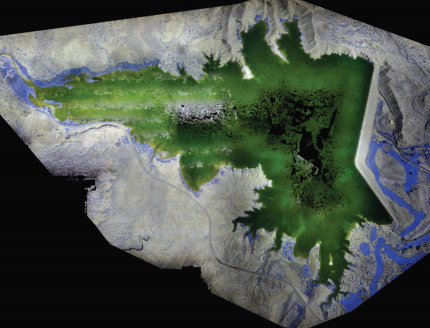 UAS captured Near Infrared (NIR) image of the Millsite Dam/Reservoir and project area.

Back at Juniper’s Golden, Colorado headquarters the imagery data was orthorectified using the ground control points and onboard GPS and inertial measurement information to generate four-band orthoimages with 4-centimeter resolution. The bare-Earth DTM was derived from this data set. These deliverables were processed and submitted to the client just five days after collection. The client was pleased with the quality and accuracy of the end products.