"We planned and flew this mission in strict accordance with FAA Part 107 regulations… CDOT was impressed with our thoroughness in how we approached this project" Jeff Cozart, Juniper Unmanned Chief Executive Officer

UAS operators had performed LiDAR demonstration projects for Colorado Department Of Transportation (CDOT) in the past without any success. They had failed to capture road surface data that met the agency’s stringent vertical and horizontal accuracy specifications for engineering design work. Juniper Unmanned took on the challenge of mapping a five-mile stretch of two-lane Highway 79 (Kiowa-Bennett Road), which CDOT had been surveying with conventional survey methods. The results from Juniper’s UAS collection would be compared against the accuracy of CDOT’s conventional methods of survey collection. The objective was to capture data with a UAS-mounted LiDAR and deliver digital terrain and digital surface models meeting or exceeding CDOT accuracy requirements of 0.2’ horizontally and 0.1’ vertically on hard surfaces. In addition, Juniper had to extract and identify certain roadway features (centerline striping, guard rails, street signs, etc.) as planimetrics according to CDOT’s Terrain Modeling Survey System (TMOSS) coding. 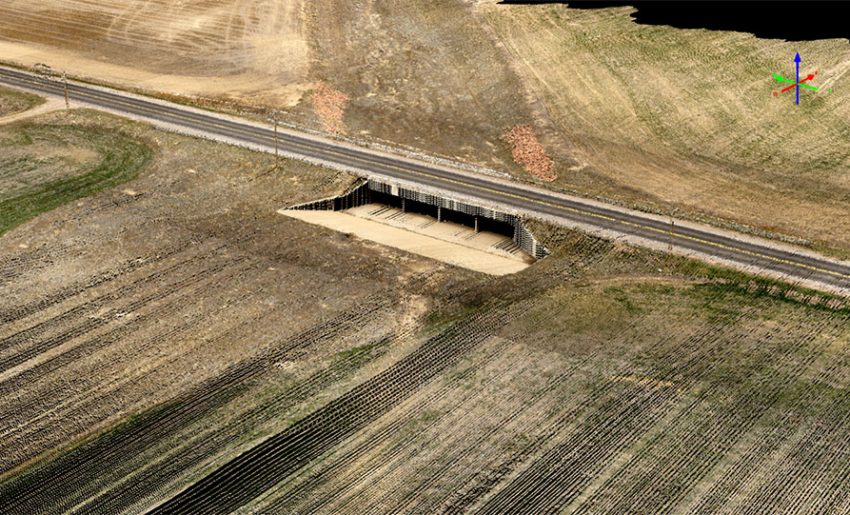 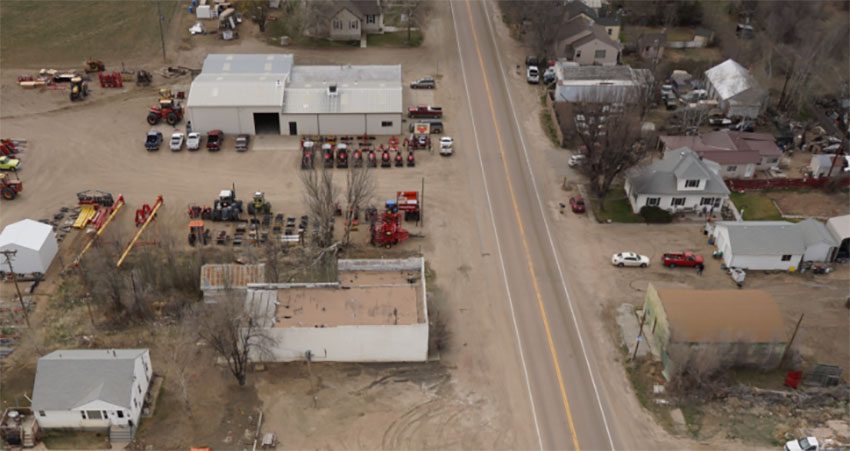 Juniper was confident that a new LiDAR device recently developed by Riegl could achieve the CDOT data accuracy requirements if flown by mapping professionals, following exacting operational procedures. Juniper opted to mount the LiDAR with two optical cameras on a single rotor Altus ORC2 UAS. Prior to the flight, the Juniper team studied the five-mile-long stretch of active roadway to create a plan for the safe and efficient operation of the UAS. The flight lines developed in Juniper Unmanned’s autopilot system paralleled the active roadway, adhering to the FAA’s part 107 regulations. Juniper applied for and received necessary permits for the mission. On the day of flights, the team set up a GPS/GNSS base station on an existing CDOT monument for data correction. The Juniper team collected the LiDAR data within the project area over the course of seven hours and three flights. Upon completion, the data was processed Juniper’s headquarters in Golden, CO where Digital Terrain Models (DTMs), Digital Surface Models (DSMs), and 1’ contours were generated from the LiDAR point cloud. In addition, the point cloud was colorized using the optical imagery data from the cameras and a semi-automated technique was applied to extract breaklines and relevant features from the data set. Juniper then exported the surface models and contours into a .dgn MicroStation file format, adhering to CDOT’s method of coding transportation features (TMOSS), which are typically partially mapped by survey crews when collecting using conventional surveying methods. 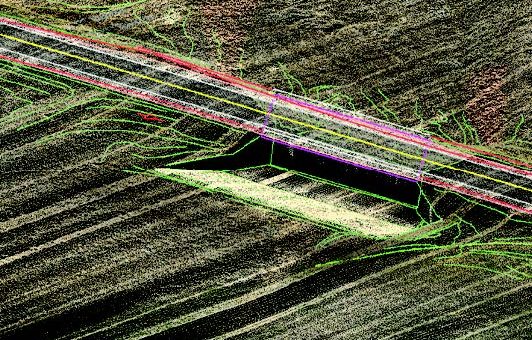 TMOSS layered break lines and contours overlaid onto the photo quality LiDAR point cloud allows the designer to accurately model not just the inlets to the box culverts, but the box culverts division walls. 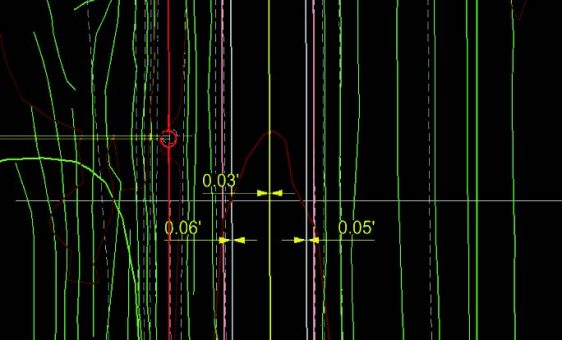 Horizontal accuracy comparison between Juniper’s UAS LiDAR collected data and CDOT’s Traditional Survey collected data. This comparison test was performed every 100’ along the corridor of the data. 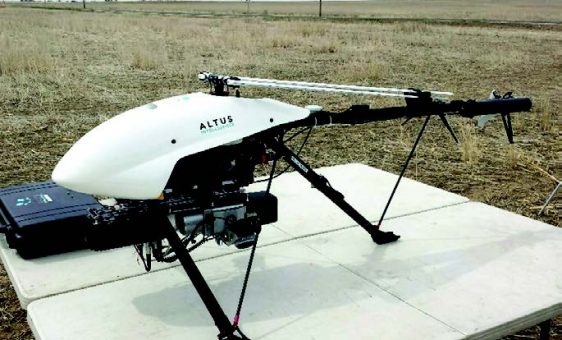 Juniper and CDOT agreed to a unique method of testing the accuracy of the surface models. The two organizations swapped UAS and conventional data sets for specific sections of the roadway so both could compare results from one directly against the other. Juniper and CDOT independently confirmed the DSM and DTM data derived from the UAS LiDAR point cloud met or exceeded the horizontal and vertical specifications of the agency’s transportation designers. “Most importantly, the pilot project data was collected efficiently and safely, proving that UAS LiDAR can be used to supplement field data capture for transportation design projects,” said Cozart.